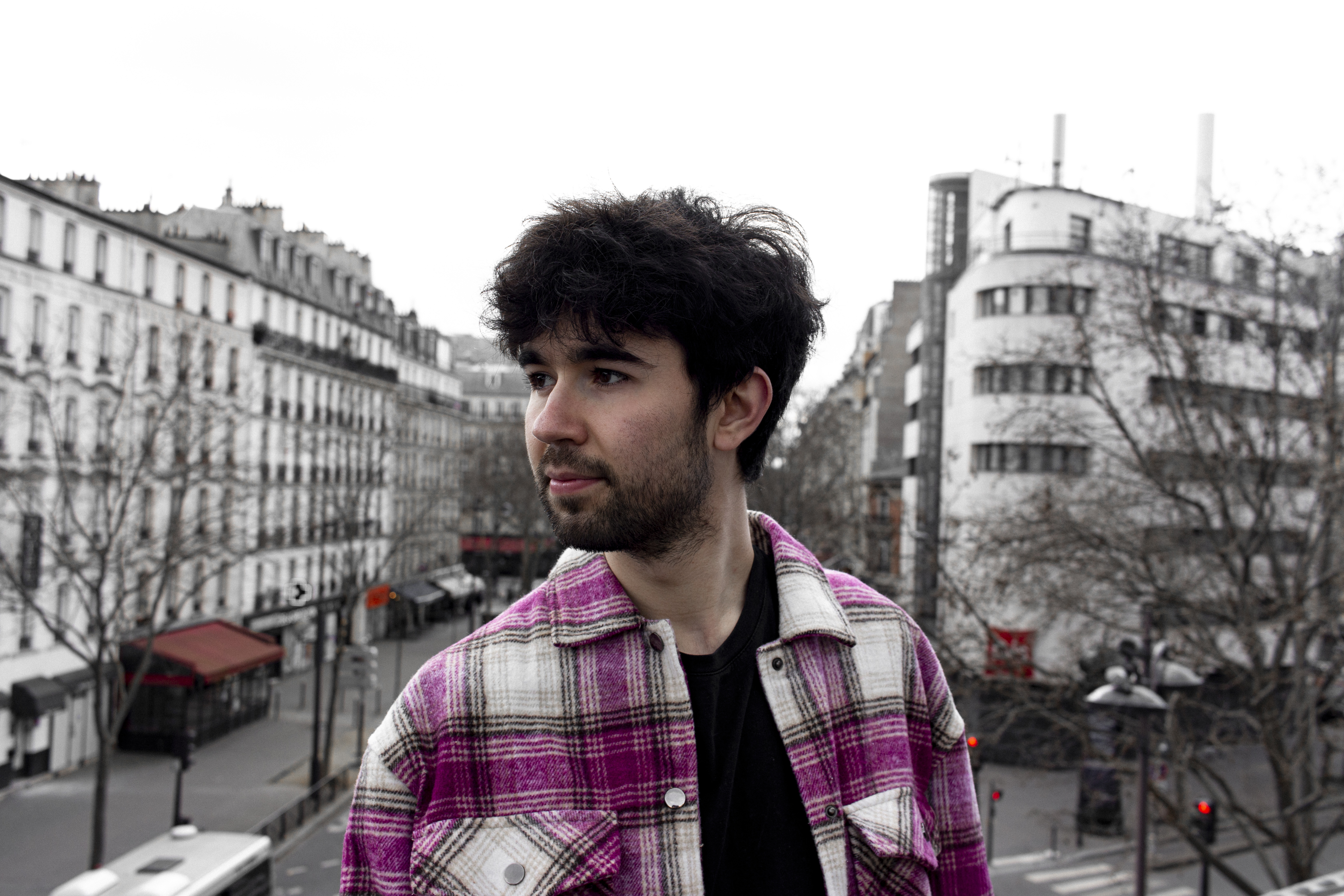 François Feydy was graduated from l'école Estienne in 2017 for the creation of Tsongor, an art book based on La Mort du Roi Tsongor by Laurent Gaudé.

He continued his apprenticeship with Torben Bo Halbirk, a Danish printmaker, assisting him on his Pandora series in his studio rue du Chemin Vert in Paris. François Feydy discovers at his side a very pictorial way of approaching printmaking, through the use of Hayter-style printing processes and overprints.

Since 2020, he has created with Louis Genty and Théo Brajeul the Atelier du Merle, du Brave et du Bovin, a printmaking workshop where craftsmanship and art printmaking cohabit.

Engraving is at the heart of his practice. François Feydy looks for instability, surprise, loss of control. With a technique such as bitumen, the material blooms by itself; Hayter printing offers him unique superimpositions of colours thanks to a strange alchemy of dilution; the use of an unconventional material such as cardboard pushes him to reinvent traditional processes in order to explore new ranges of textures. This constant dialogue between his imagination and the matrix is the driving force of his creation.

Adapted to illustration, the vibrancy of engraving creates a singular writing. The materials become cliffs, forests and castles; the mezzontint rocker cuts, gusts, bark and bouquets. The motifs bring the refinement and magic of tales. Like the fantasy oscillating between the marvellous and the real, he maintains a balance between the figurative and the abstract.

Recently, François Feydy has also taken printmaking into the realm of digital art and performance. François Feydy is currently developing a trans-disciplinary project that is a synthesis of all these passions: Sur la Lande: a multi-media project involving comics, engraving, computer-aided design and video.